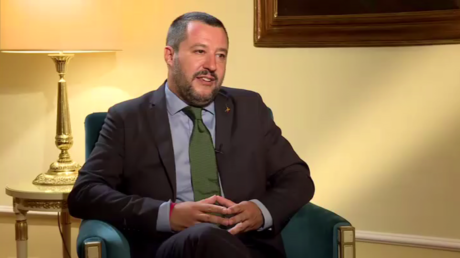 Ireland’s deputy prime minister has called for a generous and respectful conversation from all parties in the war of words over the Anglo-Irish border, warning that “reckless” shouting and sloganeering has consequences for the people who live in Northern Ireland.

Keeping the “hard-won peace” in the region was the only motivation in prioritising the Irish border in the Brexit negotiations, Simon Coveney told an audience of politicians, Whitehall officials and activists at a conference in Oxford.

Kenya’s deputy chief justice Philomena Mwilu was arrested on Tuesday on suspicion of corruption, failure to pay tax, and improper dealings with a local bank now in receivership, the police and the country’s top prosecutor said.

Strzok: “That text in no way suggested that I or the FBI would take any action to influence the candidacy…”
Gowdy: “That is a fantastic answer to a question nobody asked.”

Strzok: “I don’t appreciate what was originally said being changed.” Gowdy: “I don’t give a damn what you appreciate Agent Strzok.”