Tigress known as T-1 and two cubs may have killed as many as 13 people.

Nonprofits have mobilized to help those affected by Typhoon Mangkhut, which has pummeled the Philippines. 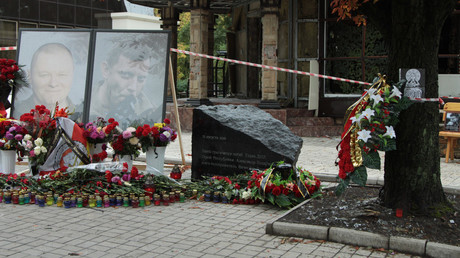 The assassination of Aleksandr Zakharchenko, the leader of the self-proclaimed Donetsk People’s Republic, was committed with the help of western intelligence services, the republic’s acting head said.
Read Full Article at RT.com

See how one girl from CNN Hero Abisoye Ajayi-Akinfolarin’s program is using technology to solve a problem in her community—a ‘floating slum’—in Lagos, Nigeria.

An American program billed as the world’s biggest ever designed purely for female empowerment has accomplished little, a United States government study says.

A controversial bar on victims of crime receiving financial compensation if they lived in the same home as their attacker will be abolished, the government has announced.

The justice secretary, David Gauke, set out the changes to the “same-roof rule”, which was changed in 1979 but not applied retrospectively, saying that it unfairly meant victims of offences in the past could be denied the compensation their cases merited.

British anti-terrorism officers were helping to investigate a knife attack in a northern English town on Saturday in which one man was injured, although police said they were keeping an open mind.