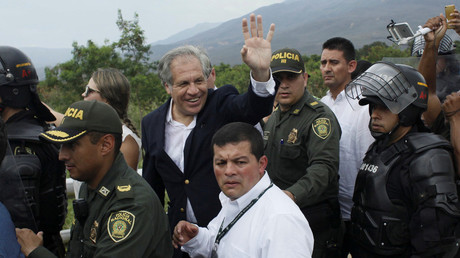 The head of the Organization of American States (OAS), accused by Venezuelan President Nicolas Maduro of being a “CIA agent,” says military intervention against Caracas should not be ruled out as a response to the ongoing crisis.
Read Full Article at RT.com BULAWAYO, Zimbabwe, Aug 23 (IPS) – President Azali Assoumani of the Comoros Islands is tightening his grip on power. First, he insisted on holding a referendum allowing him to extend his term of office and abolish the country’s constitutional court. Which he won. And now, the lawyer of former President Ahmed Abdallah Sambi has said that his client has been charged Tuesday with corruption and the misappropriation of public funds in a passport fraud.