Goldman Sachs: There's more trouble ahead for Tesla
Save
Share

Russia and Japan need to do more work to build trust before a treaty can be signed to resolve a decades-old row over a group of Pacific islands, Kremlin aide Yuri Ushakov said on Wednesday.

Donors promise millions more for Africa’s Lake Chad, but will it be enough for a region beset by violence, famine and climate change?

At least one person has died as Japan has been smashed by waves and drenched with rain.

Europe is not helping preserve an accord on Iran’s nuclear program by asking for additional talks on issues like missiles, powerful anti-Western cleric Ayatollah Ahmad Jannati said on Tuesday, according to the Islamic Republic News Agency. 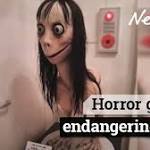 Democrats Are Pushing More Diverse Candidates. Behind The Scenes, Not So Much.

Vaccine skepticism helped make European measles prolific again: More than 41,000 people in Europe were infected with measles during the first half of 2018, according to the WHO, smashing 12-month totals for any year since 2010