Two Venezuelan firefighters were detained by military officers this week as suspects behind the making of a viral video that mocked unpopular President Nicolas Maduro by likening him to a donkey touring a fire station, two rights groups said on Friday.

United Nations body has condemned Australia’s arbitrary detention of three asylum seekers, one of whom has been held without charge or trial for nearly nine years.

The UN working group on arbitrary detention – which reports to the human rights council, on which Australia sits – said in its annual report it was concerned by “the rising prevalence of deprivation of liberty of immigrants and asylum seekers” worldwide and “the growing use of detention in the context of migration”. 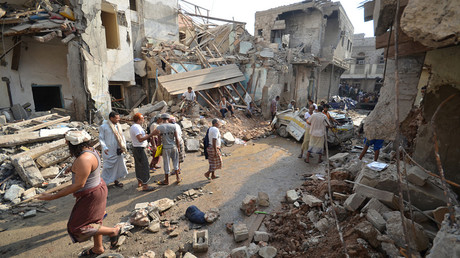 Just about a week after halting a bombs’ sale to Riyadh following a widespread indignation over Saudi Arabia’s indiscriminate bombing in Yemen, the Spanish government said it would still go ahead with the deal.
Read Full Article at RT.com

The top U.S. diplomat for Africa welcomed a rapprochement between Ethiopia and Eritrea ending two decades of hostility but said concerns over Eritrea’s human rights record hindered cooperation with Washington.

Rights group says ‘all aspects of American life are compromised’ due to lack of proper gun regulation.

Beijing pushes back against new high commissioner for human rights who decried crackdown of Muslim Uighurs in Xinjiang.