President Trump tells 60 Minutes that reports of chaos within his administration are “fake news,” but said more people may be leaving.

Get new episodes of shows you love across devices the next day, stream local news live, and watch full seasons of CBS fan favorites anytime, anywhere with CBS All Access. Try it free! http://bit.ly/1OQA29B

The President went on to call his Defense Secretary a “Democrat” when asked whether Mattis was leaving.
» Subscribe to MSNBC: http://on.msnbc.com/SubscribeTomsnbc

Donald Trump says he has spoken to King Salman bin Abdulaziz Al Saud for about 20 minutes about the Jamal Khashoggi case. The journalist disappeared after entering the Saudi consulate in Istanbul on 2 October, but the US president said it sounded like neither the king nor Crown Prince Mohammed bin Salman had knowledge of the incident.
Turkish sources have said they believe Khashoggi was killed inside the building and his body removed, allegations that Riyadh dismisses as baseless.
“I sounded to me like maybe there could have been rogue killers – who knows,” Trump told reporters at the White House.
Donald Trump says ‘rogue killers’ may have murdered Khashoggi

President Donald Trump said that the king of Saudi Arabia denied any knowledge of the whereabouts of missing journalist Jamal Khashoggi, and that he was sending Secretary of State Mike Pompeo to meet with the Saudi leader.
» Subscribe to NBC News: http://nbcnews.to/SubscribeToNBC
» Watch more NBC video: http://bit.ly/MoreNBCNews 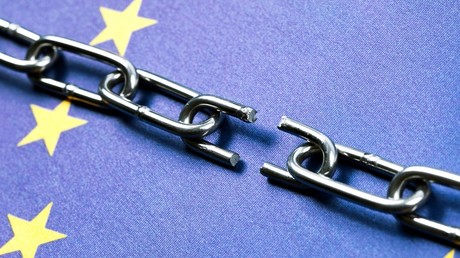 Nearly two-thirds of EU citizens think that life wouldn’t be worse without the bloc, a recent survey revealed. It probably highlights the end of a love story between Brussels and those living in the union, an analyst told RT.
Read Full Article at RT.com