Pyotr Verzilov of the Russian protest punk band Pussy Riot is in a Moscow hospital after experiencing loss of vision and movement. His bandmates say he was poisoned. Verzilov fell ill after attending a court hearing, according to his partner and bandmate, Veronika Nikulshina. Verzilov is one of the four members of the band who […]

Serbian President Aleksandar Vucic said he would seek a guarantee that his country would join the European Union in 2025 as part of any deal with neighboring Kosovo which would pave the way for both states to enter the bloc.

2017 was most miserable year on record, study says

Last year was the world’s most miserable for more than a decade, according to a survey of people’s emotions in more than 145 countries. 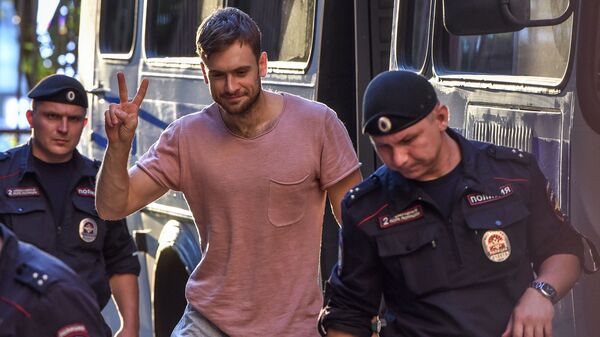 Pyotr Verzilov, a member of the activist group Pussy Riot and the publisher of an independent media outlet, was reportedly rushed to the hospital on Tuesday, where he remains in critical condition. (Image credit: Vasily Maximov/AFP/Getty Images)

China is not mistreating Muslims in Xinjiang province but is putting some people through training courses to avoid extremism spreading, unlike Europe, which had failed to deal with the problem, a Chinese official told reporters on Thursday.

An American program billed as the world’s biggest ever designed purely for female empowerment has accomplished little, a United States government study says.

Poland says it will block any EU sanctions against Hungary